Share on TwitterShare on LinkedinShare on PinterestShare on Reddit
January 23, 2022: As a more more economical alternative to our bilingual wall canvases, we are now offering bilingual Biblical Greek & English posters. 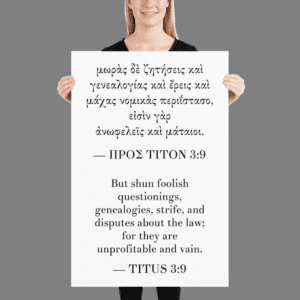 August 4, 2021: INSTALANCHE! Welcome to Instapundit and Helen’s Page readers. Please feel free to browse our shop, bookmark us, or refer us to a friend who might be interested. A special thank-you to Dr. Helen Smith for the mentions.

The New Testament was first written in Biblical Greek (a variety of Koine Greek). If you have a favorite Bible quote you’d like on a t-shirt, we can print it…in the language it was initially written in.

Our shirts are made from combed and ring-spun cotton, ensuring they are soft and durable. 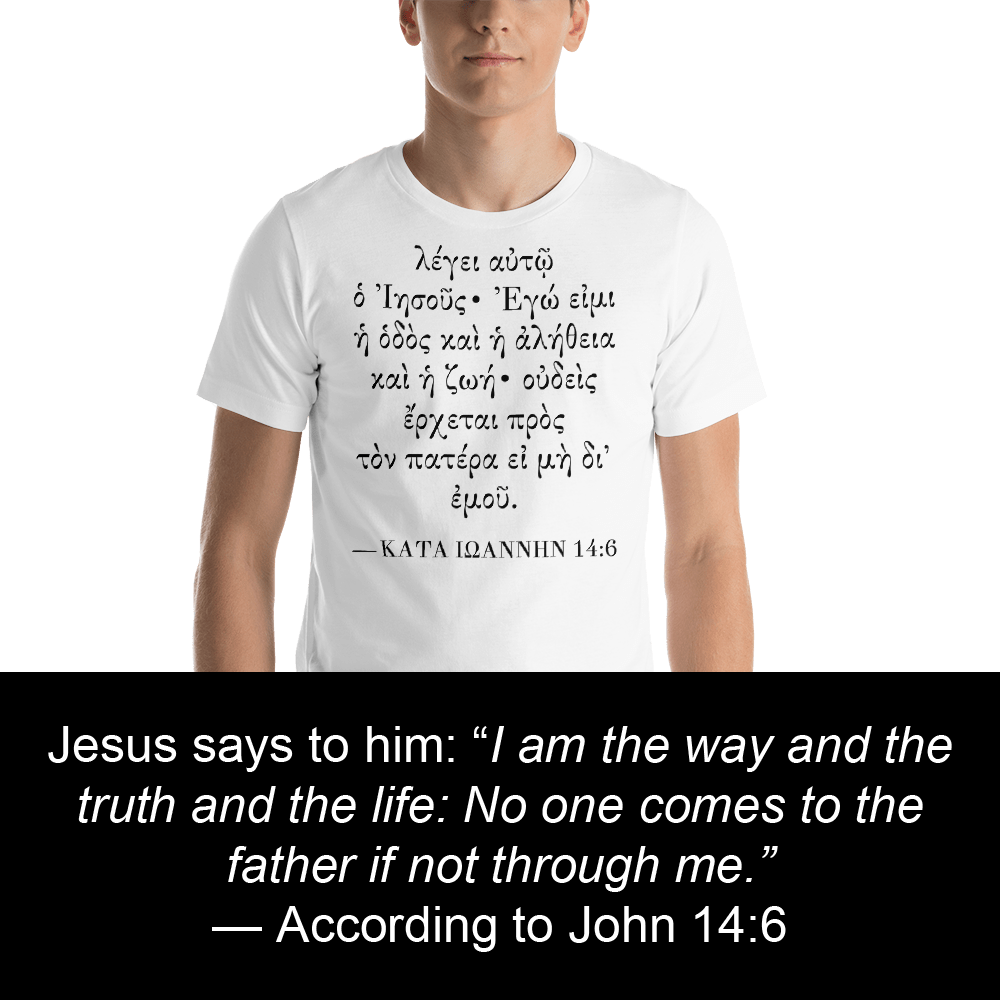 Why Was The New Testament Written In Biblical Greek?

Map Of Ancient Greece According To Dialect

However, with the conquests of Alexander the Great, political centralization and trade homogenized these local versions of the language into Koine (“Common”) Greek.

Once the Middle East fell under Greek control, the inhabitants began using Koine Greek as a common language (lingua franca) alongside Aramaic. This form of Greek continued to be widely-used in the region even after the Roman conquest (as well as within Rome herself), which is why Koine Greek was the preferred language for writing the New Testament and disseminating the gospels.

Is Biblical Greek The Same As Koine Greek?

For the most part, yes. The grammar is the same, and the vocabulary is mostly the same.

The main difference is that Biblical Greek will occasionally give uniquely Christian meanings to words from Koine. For example, the New Testament may use the Koine word for “old men”. Now, depending on the context, this may indeed simply mean “old men”…or it may mean “old men governing within the hierarchy of the early Christian Church”.

But on this site, the terms are used interchangeably.